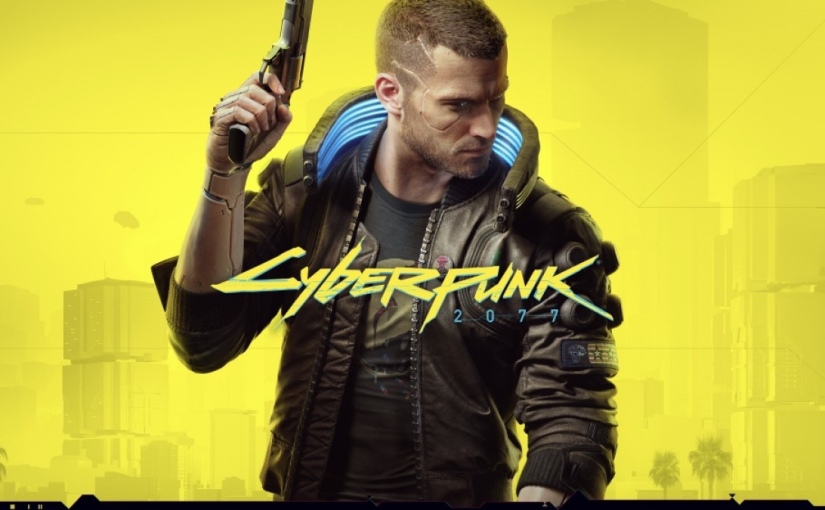 Cyberpunk has a lot to offer in it’s deep, emotional and treacherous journey around Night City. You might find yourself waiting a little bit before hopping on the next bus there.

First off I feel it’s obligatory to state that I played on PS5 and I played majority of my playthrough after 1.05 was released (about a week after release). I gave it a little while because I was drawn in by the not very good looking state at release. I know that CD Projekt will come through with this game.

Anyway, I don’t want to speak about that because Cyberpunk has a lot more worth talking about.

First of all I want to talk about its, and by extension CD’s biggest strength, the story. Before this game was released there was a lot of expectation that this would be a generational shooter or a sandbox similar to GTA.

If you followed the devs you’d know their strength is in the story and the details. In Cyberpunk you play as a character called V. V is your creation (and we’ll come to that later) but none the less a scripted character especially for Cyberpunk.

As V you can choose one of three backgrounds. These honestly matter very little bar a few scenes at the start and some dialogue options as you move through the game. What is important is where V goes. After some time as a hired merc you take on a contract to steal from one of the most powerful organisations in Night City, the setting for Cyberpunk.

As this job starts to go off the rails, the asset you have stolen needs a home, It’s a biochip and in Cyberpunk’s futuristic setting you are cybernetically enhanced and biochips can be inserted into you for data or abilities.

This particular chip begins to overwrite your own brains neural network. You’re then in a race to survive the takeover by removing the chips data, which isn’t as simple as ‘have you tried turning it off and on again?’.

I bought into this story and I felt like I was influenced by the characters and my own actions when I made decisions. It certainly wasn’t mindless point and click to advance. I genuinely cared for some characters (looking at your Judy) and cared less for others.

Not many games are able to draw you in this well throughout it’s main campaign. As V I was seeing my actions ripple across the city, whether it was in a news report or a radio in the background. There was a commentary on what I was doing which felt like the story was bigger than me.

To help me through the story I chose the combat that I personally always choose, where possible. Cyberpunk offers a lot of ways to play. None of them are particularly innovative but they do work well.

In my case I went for a stealth build. Building up crit chance on my handgun and utilising snipers with the odd katana kill thrown in. I loved it. When I finally started to bring my build together it felt like I was playing my way which is probably the best thing I can say.

Other options offered were to use ‘quickhacking’ in a variety of ways from deafening, stunning, distracting and even outright killing enemies from a distance. I could go full on brawns over brain with a punch ’em build or just regular ol’ soldier. The choice was mine.

To help me with my build was a variety of weapons, clothing and mods. I would say the pool to choose from wasn’t massive but it didn’t need to be I guess. There were a few ‘unique’ types but they were mainly just reskins. It’s an area I do believe this game can grow in.

I mentioned the customisation earlier and CD have almost got this well done. At the start the character customisation is good. But you can never change it afterward. Like in Night City they don’t apparently have any hairdressers???

They do have clothing stores but there’s a catch that each item of clothing has an armour attachment to it so then you end up seeking the best stats over customisation. For a game like Cyberpunk that allows you to live a life through V I think it is important to offer a flexible choice of customisation during your play time. A quick solution for me would to drop the armour values from clothing and add them to the mods. Rarity would then come from the number of mod slots that you should be able to upgrade. This way the item is cosmetic and you can choose to improve it or not.

Mods are never really explained but most items can house them They’re small passive bonuses that you just need to find and then see if it works. Again some info for items would help to let me understand when and where I can use it.

Ultimately though, given the first person perspective you play in, is it really that important? That’s what I think they asked themselves. If there were some really cool, truly unique, items I would spend extra hours looking for them, but in the end I kinda didn’t feel the need to.

What there is an abundance of is lore and backstory. Everywhere you go there’s little chips of data you can collect and read. They contain everything you need to know about this world. It’s where the strength of the world building is hidden.

Most of the good ones will come from missions with side characters. Some of these mission are as good, if not better in some cases than the main campaign. It makes exploring the world that much better. The main stories with Panam, Judy, Claire, Rogue or Johnny are all crafted with care, rather than a quick fetch quest or something.

You can romance these characters and they message you throughout your time with little bits they’ve been getting on with. I would say, as much as there is a 20-30 hour main plot, if they made you do these missions it would only add to the experience, there’s no draw back to them.

A few other bits that can be improved is the driving, boss fights and the NCPD Scanner missions. Clearing the map would become VERY repetitive as almost every icon is the exact same thing. Some are worthwhile as they give skill points or legendary items but it’s the same activity and there are hundreds. Also while clearing the map you realise that sometimes Night City is quite hollow but this is probably a technical choice.

The boss fights generally come out of nowhere and the bosses are then way above your level, meaning your damage output is heavily reduced. Also the ones I came across were really melee focused and that wasn’t my strongest area. They had really quick gap closers so running and gunning wasn’t the easiest option.

Lastly my biggest quality of life option that is missing, is the area levelling. You can explore all of Night City once you’ve completed the opening sequence. But you can’t do everything and there are ‘levels’ attached. They’re not marked by levels but like a danger rating… It’s level gating hidden behind a weird system that makes it sound like a challenge. It’s not a challenge as you’ll just get one shot, or the item you pick up is like 20 levels higher or something. Just add in the levels and that way I know what I should and shouldn’t attempt or what’s in store.

It’s a loot based RPG whichever way you look at it, and when I’m looking for loot or jobs to do I don’t want to pick up level 1 or level 25 armour because they both say ‘moderate’ on the difficulty.

Overall Cyberpunk is a great game. Right now if I were to rate it (which I tend to stay away from, but this is to illustrate my point) I would say it’s around a 7 with the potential to be a 10.

CD will get this game to where it needs to be. Sure it’s been about as bad as a launch could be but not all of that is about the gameplay (it’s a biproduct such as lawsuits and refunds) but all games deserve a chance to make it good. I’ll play this game again once we’ve had a whole host of patches and DLC content. Until then, the game runs steady and should be given a chance. It’s not GTA, Uncharted or Sims it’s Cyberpunk and it’s a hell of a ride.

Media grad trying to use it for, well, something... View all posts by bigginmiddleend